Home ENTERTAINMENT NEWS “You Can Insult Me But Not My Mother” – Akuapem Poloo Schools... 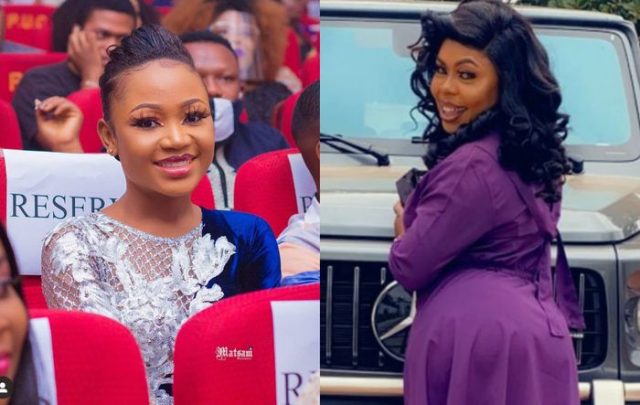 Akuapem Poloo, the socialite, has told Afia Schwarzenegger that if she wants to disrespect her, she shouldn’t involve her biological mother because she won’t accept it.

When asked how her feud with Afia Schwarzenegger began, Akuapem Poloo claimed it began after a brand CEO said something disparaging about the two of them to each other, and the latter escalated the situation.

According to Akuapem Poloo, she can accept any insult for anything she did, but when her mother, who has struggled to care for her, is brought in, she won’t tolerate it since her mother has to be respected.

Akuapem Poloo then said that she had a verbal altercation with Afia Schwarzenegger because she had insulted her biological mother, which she found unacceptable, and that she had told her that the next time she wanted to criticize her, she could do so without dragging her mother into it.

It’s plain uncultured to pull another’s mother into their conflict and disrespect her, like Afia Schwarzenegger did when she was battling with Akuapem Poloo, but she’s made it obvious that she won’t take it from anybody.

Akuapem Poloo is correct in telling Afia Schwarzenegger that she may criticize her all she wants, but she should never bring up her biological mother in the conversation since she deserves respect and isn’t the one you’re dealing with.