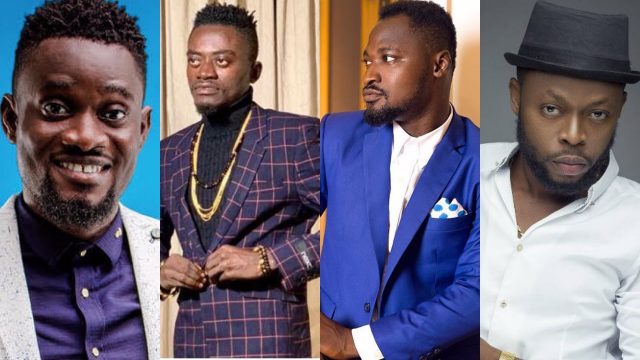 Benson Nana Yaw Oduro Boateng, better known as Funny Face, has launched new attacks on his colleagues, Kwadwo Nkansah Lilwin, Kalybos, and Bismark the joke after accusing them, of sabotaging his career with the information provided to them by his ex-fiancee.

We believe that Funny Face will be sentenced to more time in a psychiatric facility because it appears that his alleged mental illness has resurfaced, prompting him to attack his colleagues on social media.

Funny Face went after Kwadwo Nkansah Lilwin, Kalybos, and Bismark the joke in a new video he shared on his Instagram page, accusing them of seeking spiritual help to remove him from the world’s surface.

Lilwin’s birthday wish, according to him, was done out of sheer wickedness, but his following has no idea who he truly is. He claims Lilwin’s spiritualist told him that he can only harm him, but that he will never be able to claim his soul.

He threatened to deal with Lilwin, Kalybos, and Bismark TheJoke whenever he sets his eyes on them.