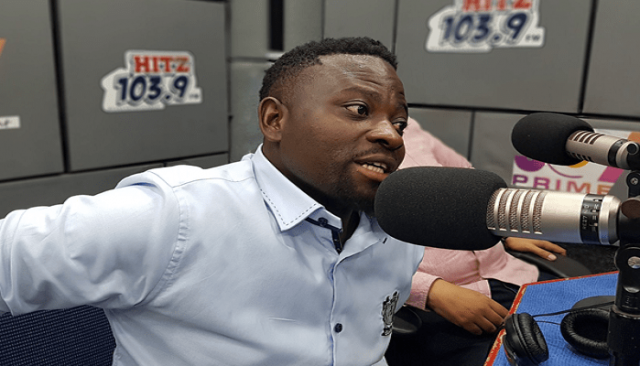 Brother Sammy, the Ghanaian gospel singer, has revealed why he believes in s3x before marriage despite the Bible’s prohibition.

The position of the “Nation’s Worshipper” is based on a genuine life experience, and as such, he can never abandon it, regardless of what the bible says.

The gospel singer related a story of a pastor who, after marrying his wife, received a surprise on their first night together.

Brother Sammy claims that the Pastor, who was all fired up to enjoy his wife for the first time, found she was a hermaphrodite.

He went on to say that, despite regretting his choices, the Pastor was unable to divorce his wife.

Brother Sammy chose to abandon the concept of premarital sex as a result of this event.

During an interview with UTV’s United Showbiz, he revealed this.

Meanwhile, Managing Director of Despite Media Fadda Dickson has finally sent a reply to comedian Funny Face after he insulted him in a video making waves on social media.

It can be recalled that Dklassgh.Com brought to our readers a story about Funny Face as he insulted Fadda Dickson over his baby mama issues…continue reading