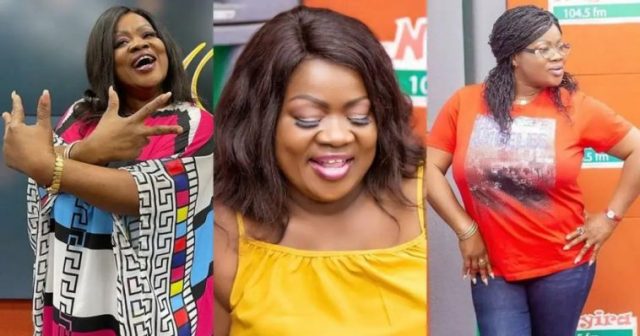 Mercy Asiedu, the well Ghanaian actress, has defined herself as a very lovely person who does not like being taken for granted.

According to the iconic actress, her true demeanor is completely different from the ruthless role she portrays in films.

In an interview with the Oman Channel, the popular Kumawood actress said, “I won’t claim I am a saint and neither would I define myself as a stronghearted person, I am 50/50.” There’s an old adage that you only accuse someone of being unreasonable when you can’t use them. “I am not an angel,” she said, “but as long as you don’t cross the line with me, I am a pretty kind person.”

ALSO READ:   Mercy Asiedu's Husband Surprises Her With New Iphone 12 Ahead Of Her 50th Birthday (Video)

On the state of the Ghanaian film business, Mercy Asiedu, who has recently started producing films, refuted claims that the sector is in decline.

“The Ghanaian film industry is thriving.” Technology has ushered in a new era of transformation. We used to have our movies on CD, but that is no longer the case. It’s now all about social media and other digital storage options.”

“Just because people aren’t buying CDs any longer doesn’t mean the industry is dead.” “We’ve now branched out into producing local shows that are broadcast on numerous television channels,” she explained.