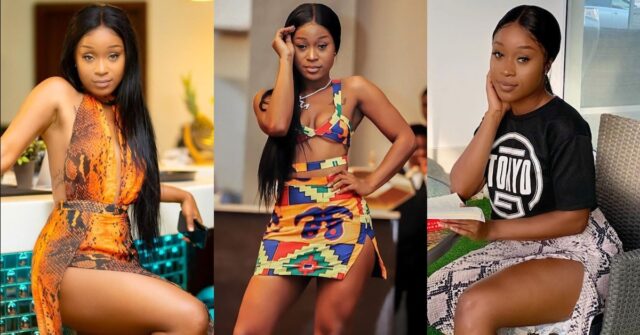 Andrea Owusu, the popular Ghanaian social media figure, has rebuffed an invitation to join the National Democratic Congress (NDC), stating that she will only join a party under rigorous circumstances.

Efia Odo was a founding member of the online #FixTheCountry campaign, which trended for weeks on social media. She was later jailed after storming the courthouse with several of the movement’s other organizers.

She has also stated in multiple interviews that she is not a member of any political party in Ghana, and that she would not join the #FixTheCountry movement to criticize the governing administration for the country’s problems.

She wrote; I’m not joining any party until I see the conditions of our roads, hospitals/Healthcare, schools etc get better. Until Party A decided to continue any Uncompleted Party B project/s, vice versa.