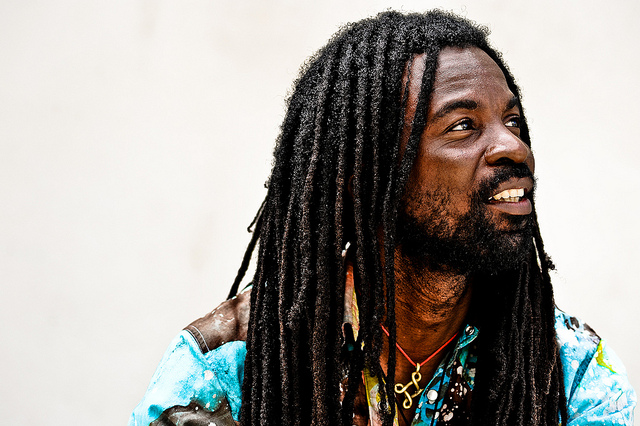 Rocky Dawuni, the Grammy-nominated Ghanaian musician, has stated that, despite being considered as a worldwide performer owing to his residency in the United States of America, he values the affection he receives from Ghanaians the most.

Rocky has confessed that he now spends more time in Ghana than in the United States.

He informed Abrantepa, the presenter of GhanaWeb TV’s Bloggers’ Forum, that he has maintained a steady presence in Ghana.

“It’s always been assumed that I lived outside.” Although there has been a lot of support, many people believe I lived outside… I spent a lot of time both outside and indoors. People often claim Rocky lived in Los Angeles and the United States, so I’m continually categorized as a musician who resided outside… “Some people started arguing over it when I was nominated for the Grammys,” the acclaimed artist added.

Rocky Dawuni has a new single out called “Woara,” which was released in September of this year.

Ghanaians are becoming accustomed to him, he says.

“I am not the only one attempting to raise my profile in the Diaspora.” I’ve also maintained an active presence in Ghana and been part of the music scene there, so I consider myself to be in both worlds and everywhere. Here in the country, there is a lot of affection for me. I’m now residing here, and many people are becoming accustomed to my presence on the earth. There is no greater affection than that of one’s own people. Outside affection is wonderful, but the love I receive from Ghanaians is the most crucial,” Rocky said.