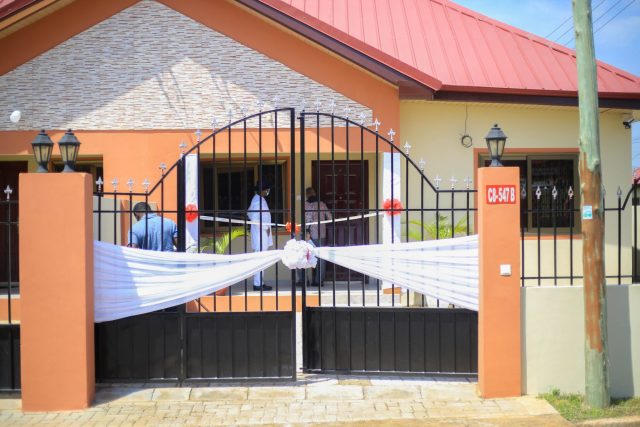 The gifting of the property, which is located at the Lakeside Estate in Accra, is in fulfillment of the company’s pledge to provide a two-bedroom house as well as additional consolation prizes from sponsors to the eventual winner of Mentor Reloaded.

TV3 restored the hit music reality show Mentor, which was renamed Reloaded back to the number one television station in late 2019 after a few years off. The main goal, as it always has been, was to provide a platform for young brilliant musicians to not only showcase their abilities

The General Manager of MG Television, speaking at the occasion, said that when they decided to relaunch Mentor, they wanted to give rewards that were appropriate for the program and would put the winner and runners-up on a strong path to advancing their careers beyond Mentor. There were monetary rewards to assist them to develop their songs, as well as massive amounts of airtime to advertise their music and, finally, a mansion to be given to the winner. but also to find a method to begin their careers.

“The final of Mentor Reloaded took place in February 2020, and while we were prepared to finalize rewards to be delivered to the winner and runners up, COVID-19 hit and threw our plans off, especially with the grand prize, the 2-bedroom house,” Mr. Doku said. As we awaited the building of the house, we awarded the other awards to the winner and runners-up. We were hoped that our procurement partners for the home to be delivered to Optional King would follow through, but as previously said, the pandemic’s detrimental impacts had thrown plans out the window, affecting our ability to deliver the house on time.”

Optional King expressed his gratitude to TV3 Management for keeping their word and promised his fans that the prize package will serve as a motivation to work harder and transition into a successful mainstream artist.

Below are some pictures from the function: