Home ENTERTAINMENT NEWS Davido, reacted after his colleague, MI Abaga begged him to collaborate with... 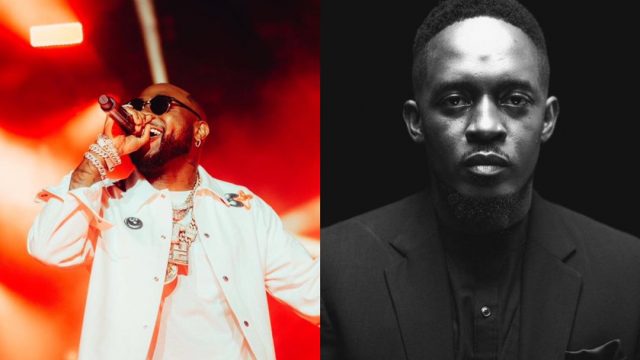 Nigerian heavyweight musician Davido, reacted after his colleague, MI Abaga begged him to collaborate with him for a hit song.

The rapper made this request in response to Davido’s tweet asking that those he had favored with a hit tune send him 1,000,000 naira each.

Recall that the superstar singer on Wednesday shared his account number on the microblogging platform requesting cash gifts from his friends, ahead of his birthday in few days time.

MI Abaga who joined the considerable rundown of big names to send Davido the cash he requested, noticed that Davido merits the cash and surprisingly more.

ALSO READ:   5 Celebrity Daughters Who Are Splitting Images Of Their Father.

Quoting his transaction receipt, MI expressed desire to collaborate with the ‘jowo’ crooner for a hit song.

“You people that got a hit song from David know say it’s a worth way more! I want my own hit song with Davido. Can I send mine to get a hit song as well!? Album de load.” He tweeted.

Davido reacted saying ” I got you send ”

After Davido started the trend by asking celebrities to pay him money, Afia Schwarzenegger, the Ghanaian self-acclaimed comedienne, has jumped on board.

The Afrobeat musician set a goal of N100 million for himself, asking celebrities, admirers, and billionaires to donate N1 million to assist him to get his Rolls Royce out of the port.

Well, after posting a video on his Instagram page and revealing his account details, he was able to surpass ………. Continue reading