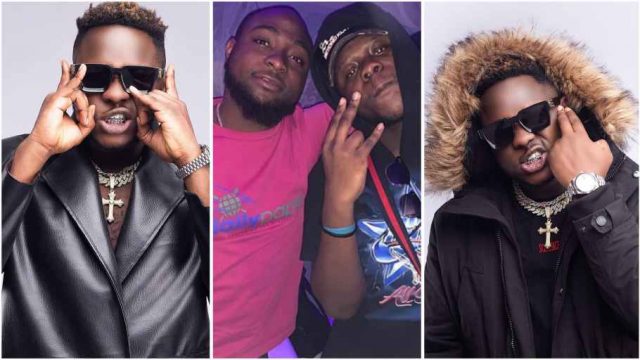 Medikal, the popular Ghanaian rapper, has asked Nigerian artist Davido for a car as a birthday present.

This comes after the ‘La hustle’ hitmaker donated Davido $1,000 after he requested money from Ghanaian musicians.

On his birthday, Davido issued a challenge to his friends and fans to donate him N1 million apiece.

The head of the ’30 Billion Gang’ stated he has always been in a position to help others, and now he wants them to do the same for him so he can get his Rolls Royce out of the port.

“Do we raise other abi to get up?” For the past 100 years, I have not risen to help others. As a result, I’d like to know who my buddies are. A million Naira to all of my buddies. We’re 30BG, they said. If you don’t send yours, I won’t be able to help you. Please get out of here! Have you left yet? Send me money if you know I wrote a hit song for you. He has previously declared, “Una know una self oo.”

ALSO READ:   "Don't Complain, The System Has Started To Work As You Wanted" - Prince David Osei To Those Campaigning For The Release Of Shatta Wale And Medikal

Davido’s Nigerian associates each sent millions of Naira into his bank account, totaling over a hundred million Naira.

In the same euphoria, the Nigerian artist urged certain Ghanaian musicians with whom he had previously collaborated to do the same.

He urged Stonebwoy, Medikal, Edem, and Darkovibes to give their financial presents via social media.

Medikal was the first musician to send $1,000 dollars into Davido’s account shortly after his announcement.

Following that, Medikal made the decision to make his request.

“OBO Davido, it’s my birthday, and I’d want to have a vehicle… Medikal wrote on Twitter, “Bless you my g.”