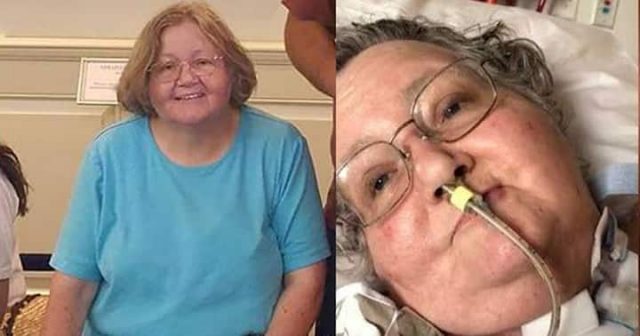 Woman with COVID-19 wakes up after 60 days in a coma, right before being taken off life support.

After 60 days in a coma, doctors said Bettina Lerman, who had Covid-19, would not make it Her family embarked on her funeral arrangements and even started the process of buying her headstone. A day before life support was switched off, the 69-year-old woke up from the coma.

The 69-year-old woman had underlying health conditions, including diabetes, and was unvaccinated against the virus.

She fell into a coma for more than a month. Her son, Andrew Lerman, said doctors were convinced she wasn’t going to make it.

The family had made funeral arrangements and were in the process of purchasing a headstone when Andrew says he got a call from doctors saying he needed to come to the hospital right away.

“He goes, ‘Well, your mother just woke up,’” Andrew Lerman said. “I literally dropped the phone. I was like, ‘What?’ I mean, because we were supposed to be terminating life support that day.”

He said his mom’s not out of the woods yet, but she is able to breathe on her own with some oxygen support.

“We give her words of encouragement every day,” he said. “We tell her to keep on fighting.”

His mom has plans to get vaccinated for COVID-19, Andrew Lerman added.

“I think the right thing to do is to get vaccinated,” he said. “So, if one of our family members gets it again, it won’t be that bad.”

In Other News, Fred Kyei Mensah, better known as Fredyma, the entertainment analyst and sound engineer, has replied to accusations that Nana Ampadu’s death was caused by the carelessness of health experts.

He said the last time he saw Nana Ampadu was at a campaign rally ahead of the December 7, 2020 election.

“He’s been in a coma since 2020, and the last time I saw him standing was at a campaign rally.” Continue reading