Home ENTERTAINMENT NEWS “Big Akwes Wanted Contents For His Youtube Channel And, He Used Me”... 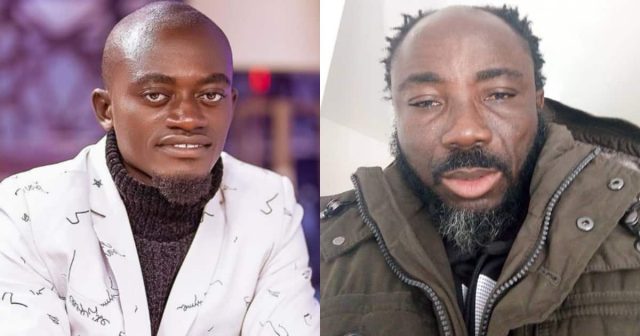 Kumawood star Big Akwes, according to Kwadwo Nkansah LilWin, fabricated up claims against him for the sake of content on his YouTube channel.

“To me, Big Akwes is like a brother. When we go out, I even buy gas. The problem is that Big Akwes has a YouTube account and he wants people to watch his videos. That’s why he took everything with him. My group brought the case to court, and it is still pending. Big Akwes begged after that.”

ALSO READ:   "Nhyiraba Kojo Wants To Use Me For Rituals" - Lilwin

Kwadwo Nkansah Lilwin also responded to Big Akews’ video, claiming that rising actors and actresses had their careers cut short if they appear in a LilWin film.

“I’m not beefing anyone in the sector, and God is aware of this,” he stated. So I don’t take what people say on social media personally. I’ve never had a dispute with anyone in the profession, stolen anything, or disrespected anyone.

“Whenever someone accuses me of being bad, I laugh at them because why should they serve God and fear him?”

Kwadwo Nkansah, also known as LilWin, is a comedian and New Edubiase United Club player. He also stated that before the conclusion of his career, he will become President of Ghana.

“I Wasted My Time To Pray To God Just For Me To Fail My WASSCE Maths Paper” – Sister Derby On Why She Shunned...