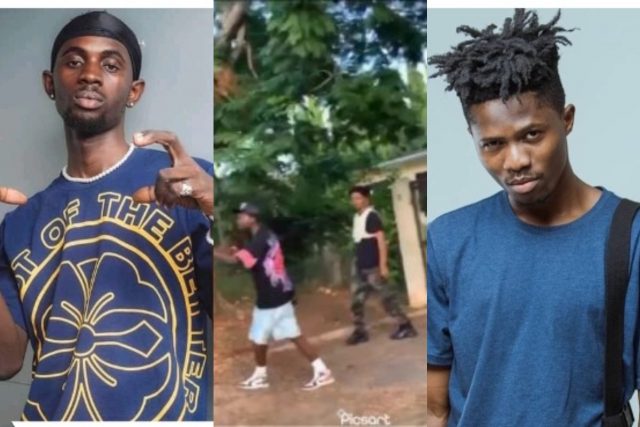 It appears like Black Sherif is becoming the new favorite of music fans, as most people have already fallen in love with his song with Kwesi Arthur after hearing a preview of it online.

Black Sherif has a way with words, and when he’s working on anything, he selects them well, which has caused a lot of people to fall in love with him, and this excerpt with Kwesi Arthur suggests there’s going to be more magic.

His words in this song he’s working on with Kwesi Arthur are yet another beautiful one that has fans falling in love with the tune even before hearing the entire song or lyrics in the song.

ALSO READ:   "My collaboration With Darkovibes Is My Favorite" - Kwesi Arthur Reveals

Black Sherif has a gift with words, and each of his songs says volumes and encourages or advises others, and this one is about staying in his lane and doing his own thing, and everything will fall into place when it’s his time.

And yes, he’s just getting started in his lane, and things are starting to fall into place for him since virtually everyone likes his songs because of how they speak to the soul, and almost every artist wants a piece of him, demonstrating how much God is blessed him.