Home ENTERTAINMENT NEWS “Ayisha Modi Is Never My Friend And Has Never Been My Friend”... 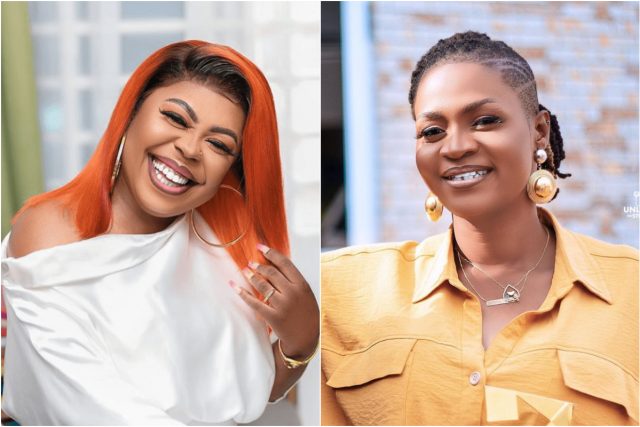 Valentina Nana Agyeiwaa, better known in showbiz as Afia Schwarzenegger,  has denied claims that she and popular Ghanaian socialite Ayisha Modi were once friends.

In a recent interview with astute broadcaster Abeiku Santana Aggrey on a yet-to-be-released episode of ATUU, the popular personality made this known.

Afia Schwarzenegger was asked a number of questions in the video, one of which was regarding her friendship with Ayisha Modi.

In her response, she maintained that Ayisha was never her friend, implying that anything Ghanaians witnessed between then and now was not real.

She even used derogatory language to characterize Ayisha.

ALSO READ:   Castro where are you? – Afia Schwarzenegger

This comes shortly after the actor was granted a GHc20,000 bail following his arrest for threatening the lives of his baby mama, Vanessa as well as some of his colleagues in the entertainment industry. He was remanded into the Accra Psychiatric hospital for mental re-examination after he was allegedly….continue reading