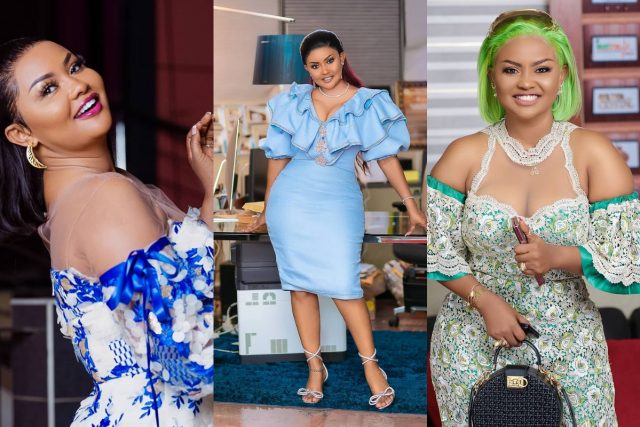 After artist manager Bulldog was arrested, Nana Ama McBrown, the popular television personality, and actress claimed that she intended to leave her job as the presenter of UUnited Showbiz.

Recall that Bulldog, the artist manager of Shatta Wale, was detained by officers from the National Intelligence Bureau (NIB).

On Saturday, January 9, 2021, Bulldog was arrested in connection with threatening remarks he made regarding President Nana Akufo-Addo on Nana Ama McBrown’s United Showbiz on UTV.

The popular actress remarked in an interview with Nana Aba Anamoah on Starr Chat that she usually tries to steer away from matters that might lead to her being involved with the police. She went on to say that she would have bowed out of the show if it hadn’t been for the support and advice of Despite Media’s managing director, Fadda Dickson.

“After Bulldog’s case, I wanted to leave because I couldn’t handle it any longer, so I told Fadda that I couldn’t do it anymore because I didn’t want to have any problems with the police or the law, but he pushed me to remain since these things are going to happen.” Fadda has been quite helpful and advises me on the show.”

READ ALSO 👉  Be confident in your looks – Nana Ama McBrown