Home ENTERTAINMENT NEWS Video Of Yaw Tog And Gyakie Hugging Each Other Hit Online Amidst... 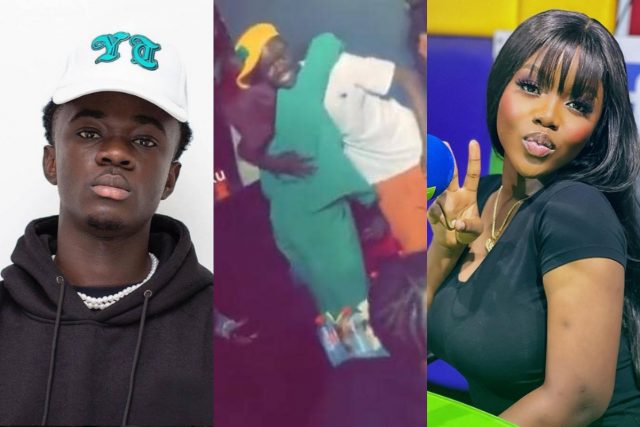 After a video of her allegedly snubbing him at an event in Nigeria went viral, fast-rising talents Yaw Tog and Gyakyie were seen hugging each other.

When Gyakyie didn’t say anything to Yaw Tog after embracing another person seated next to him in the viral video, some people assumed they had a problem, but they responded that they don’t.

Another video of the two has gone viral, and this time Yaw Tog and Gyakyie hugged and spoke to each other to indicate that nothing is wrong between them, but some internet users believe it was all manufactured because of the previous video.

Gyakie was spotted scrolling through her phone, and Yaw Tog had to touch her first before she raised her head and shook his hands, then she rose up and offered him a close embrace to indicate they are fine, but some netizens are still skeptical.

Whether their hug was faked or not, we expect peace and love in the entertainment world, so witnessing Gyakie and Yaw Tog confirming there is no bad blood between them is more than enough; now it’s time to market their performance.