Home ENTERTAINMENT NEWS “If Ghana Were A Serious Country, Afia Schwarzenegger Wouldn’t Be Considered A... 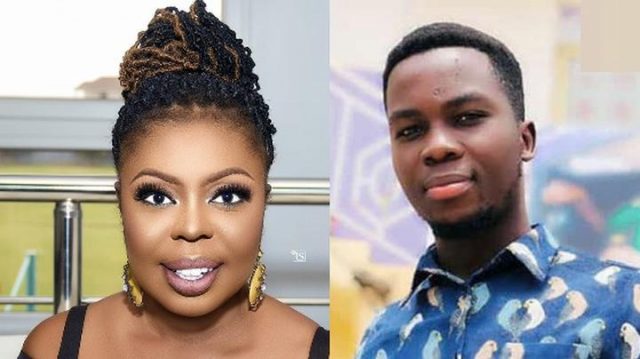 Journalist Albert criticized Afia Schwarzenegger harshly after she was corrected for insulting Mercy Asiedu and Asantes over their clothing in Dubai.

Many online users corrected Afia Schwarzenegger after she mocked Mercy Aseidu and her team for wearing winter coats to Dubai. They were wearing tracksuits, not winter jackets, as she stated.

In an attempt to explain herself by insulting Asantes, Afia Schwarzenegger replied by ridiculing them in a video she subsequently deleted, telling them there’s a difference between winter gear and “sweaters.”

In response to the video, journalist Albert criticized her, claiming that if Ghana were a serious country, she wouldn’t be considered a star since much of what she does is below the belt.

Afia Schwarzenegger isn’t going to take it lightly when it comes to Journalist Albert, but the truth is harsh, and he’s right; she’s not fit to be called a star since she has nothing pleasant to imitate.

Afia Schwarzenegger is always addressing themes of violence, which no parent wants their children to learn or emulate, and this alone disqualifies her as a celebrity, because celebrities are individuals whose attitude, character, or lifestyle are worth following.