Home ENTERTAINMENT NEWS “I Bought A Taxi Worth GHC 20,000 For My Unemployed 31-Year Old... 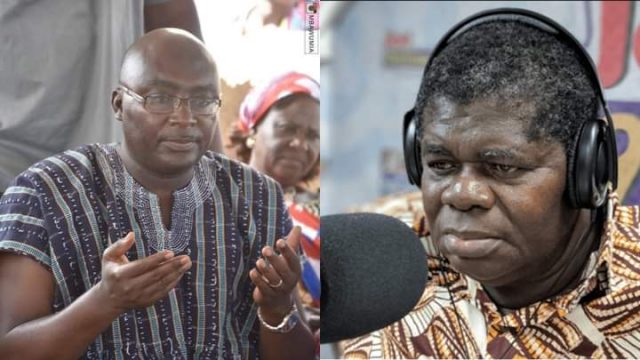 Psalm Adjeteyfio, better known as TT for his part in the hit TV series “Taxi Driver,” has been outlining how he spent the GH50,000 contribution he received last year from Vice President Dr. Mahamudu Bawumia.

According to him, he utilized the GH30,000 set aside for rent to buy two pieces of land, one of which he was able to pay for at the stated price, and the remaining GH20,000 set aside for his upkeep to buy his 31-year-old son a “Ghana used cab in good condition.”

“I sat down calmly and took notice of the circumstances,” the actor said on Takoradi’s Empire FM, “that the whole world has their eyes and mouth on the money, therefore I should be extremely careful how I utilize that money.” So what did I do? Land has grown quite costly in recent years; a piece of land costs 30,000 cedis where we are, and I hear it costs 30,000 cedis elsewhere, so I bought two plots of land, one of which I paid for in cash immediately and the other of which I have yet to pay for.

“My son says he wants to be a driver; he’s gone to driving school, but he’s been at home for the past two years, and he’s becoming upset.” As a result, I assured him that something would happen. I’ll buy him a car, but I didn’t know where the money was coming from, so when the Vice President handed me the money, I said now is the moment for me to do something for my son, so I bought a Ghana-used taxi in excellent shape for him after placing the 30,000 cedis on that plot of land. He’s now registered at a station here [where we are], and he’s on the road, “TT said.

READ ALSO 👉  "TT Has Made His Head Like 207 Bus, Very F*cken Man" - Kwame A Plus Loses His Cool On Psalm Adjeteyfio After Wasting Ghc 90,000 Donation