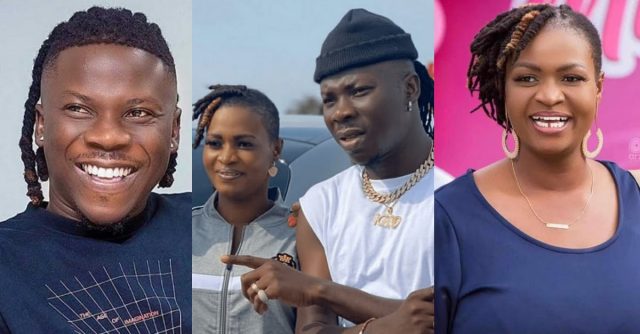 Ayisha Modi, the controversial socialite, and ardent Stonebwoy fan has finally spoken out about her hidden feud with the dancehall artist Stonebwoy.

It was widely reported last year that Stonebwoy and Ayisha Modi were covertly beefing. To make matters worse, both sides remained mute about the situation, but Stonebwoy, on the other hand, posted a subtle post that triggered the quarrel rumors.

In the midst of the conflict, Ayisha Modi canceled her official Instagram page and distanced herself from Stonebwoy’s side.

In an interview with Sammy Kay, the outspoken socialite said that she has been humiliated by the folks around Stonebwoy on several occasions.

She insisted, however, that she had no resentment against Stonebwoy and that the multi-award-winning artist did not have anything against her.

According to her, she recognized the comments from social media users had been too much for her to bear.

In answer, she stated that she had opted not to visit anyone at the time because she was ill. She went on to say that she didn’t meet Kwaku Manu, whom she has known for 12 years when he came around.

Listen to audio below: