Home ENTERTAINMENT NEWS “Patiently Waiting For A Call Up To The Black Stars” – Amerado... 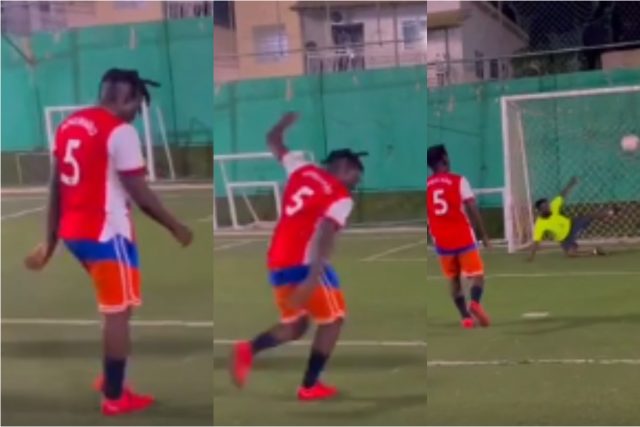 In a video posted to his Instagram page, rapper Amerado can be seen hitting a spectacular Panenka goal during a recent training session.

Amerado was wearing an Arsenal shirt when he took the penalty kick, which sent the goalie the wrong way and resulted in a wonderful goal. The rapper expressed his desire to be called to the Black Stars to establish his worth as a result of his accomplishments.

The Panenka penalty is named after Antonin Panenka, a former Czech footballer who attempted this daring kick against West Germany in the Euro 1976 final. The score was 2-2 after 120 minutes of play.

Following that, the penalty shootout began, with the first seven shots being converted. Germany’s fourth effort was unsuccessful, as the ball went past the net.

Sharing the video, the rapper wrote; “Patiently waiting for a call up to the Black Stars.”

READ ALSO 👉  "I Will Be Highly Disappointed If I Don't Win Rapper, Especially If I Lose To Obibini" - Amerado