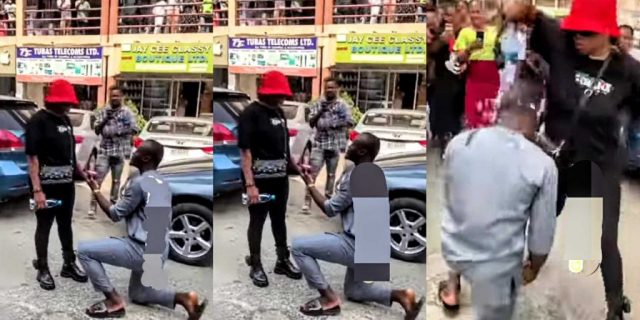 Around the word today, there are a lot of people who are not really comfortable with public proposals even though it has become a wide practice.

One of such persons is the lady in the video below, who supposedly rejected her boyfriend’s proposal on the grounds that he did it in the eyes of the public.

The young lady took her decision inspite of the many calls and pleas by spectators for her to accept the ring from her boyfriend who took a knee.

Unpleasantly, she reacted by pouring a bottle of water on the young man before walking away.

Reactions trail the video as myriad of comments condemned her harsh action towards her man, while a few supported her.

Watch The Video Below