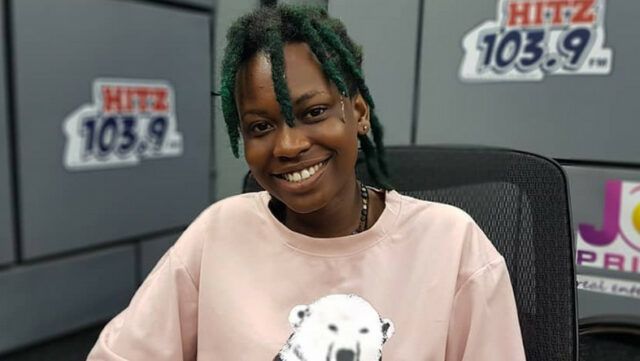 Barbara Naa Okailey Nyarko, popularly known as OV, the dancehall artist, has finally spoken out about her extended hiatus from the music industry and social media.

OV, who was formerly signed to Stonebwoy’s Burniton Music Group, was faced with a series of obstacles and just wanted to take a vacation to clear her mind.

OV has announced that she is restarting her work, despite speculation that she had taken a vacation. She also guaranteed followers that she would stay consistent.

In an interview with Sammy Flex, she stated that she had suffered a painful heartbreak that nearly put an end to her music career.

“I’ve been working,” she says. When we say we’re working as an artist, it’s not only about the studio labor… We have a lot of work to do in this music thing, so that’s what I’ve been doing.

To tell you the truth, I’ve been through a lot. I went through so much that I had to take a break and think about whether I really wanted to continue with this stress. So I simply had to keep doing it (music) because I still have it and I don’t have to disappoint a lot of people who believed in me from the beginning, so that’s why I’ve returned to it. “What I’m good at,”

“I’m eager to keep playing music.” I’m eager to keep learning, but nothing significant occurred to me except that my heart was crushed for a time. I’m not going to talk about it… People had been missing me terribly. She said, “I realize I haven’t been consistent, but I am going to try.”