Home ENTERTAINMENT NEWS Kwaw Kese And Wife Visits Afia Schwarzenegger To Mourn With Her Over... 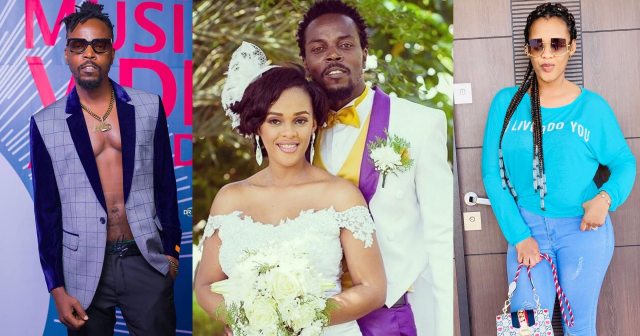 Afia Schwarzenegger has received love and support from Ghanaian musician Emmanuel Kofi Botwe, better known as Kwaw Kese, and his wife, Doris Nana Pokuah Kyei Baffour, who stormed her flat to mourn with her when her father died.

Afia Schwar has been sharing some of the memories and pleasant moments she spent with her 83-year-old father since the tragic news was made public, as she continues to share bitter emotions over her father’s loss.

Some of Afia’s famous friends, including Tracy Boakye, have descended on her home to pay honor to Afia’s late father while mourning alongside her sister.

Kwaw Kese and his wife, Doris Nana Pokuah Kyei Baffour, have also demonstrated their love for Afia Schwarzenegger by attending her funeral.