Home ENTERTAINMENT NEWS Video Of Shatta Wale’s Langalanga Up And Ready To Fire Her New... 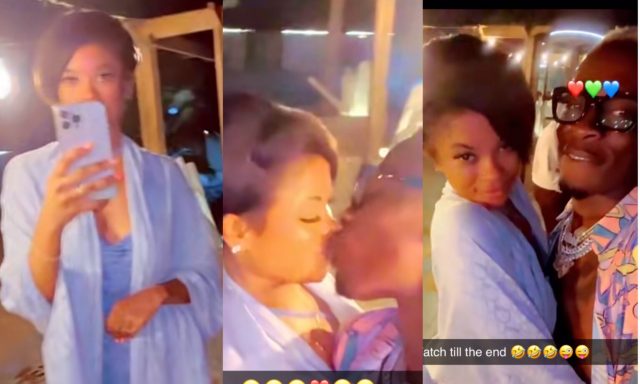 After years of being alone after Michy broke up with him, Ghanaian dancehall giant Shatta Wale is leaving no stone unturned in his search for love.

He’s been seen in a number of movies displaying his new love, including holidays with Medikal and Fella Makafui, jetski rides, and other activities.

Shatta Wale has definitely fallen in love with his new partner, and he has voiced his excitement at having met her, referring to her as the queen of his future and advising them to embrace the lovely life God has bestowed upon them.

While many have prophesied his demise, they appear to be gaining strength, as seen by a video they posted on social media.

In a recent video that many social media users decoded meaning into, Wale is seen wearing shorts while his newfound partner stood by him at a location that appeared to be more like a motel.

His ding appeared in his shorts as he was chatting with his lover, leading others to believe he was about to jump on the lady and chew her flesh into bits, given how large it was.