Home ENTERTAINMENT NEWS “Funding Is One Of The Best Ways To Make your Song Go... 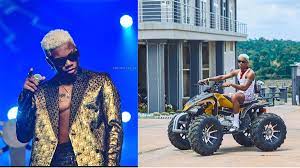 The Gyal Dem Sugar said he was deliberate and had a team of musical engineers behind him, which helped the song go viral on social media and around the world.

Kidi said during an interview with Kwadwo Sheldon on “Convo With The Head” that ability alone isn’t enough to have singers be hot and successful in the music industry; adequate engineering and promotion are also important factors in achieving supremacy.

Kidi, whose song “Touch It” has gone viral across almost all social media platforms, including the video-sharing platform TikTok, claims that most musicians around the world are extremely talented and have great songs, but they are unable to break into the mainstream due to a lack of proper engineering.

He also noted that one of the best ways to encourage a song or an artist to become viral is through finance, as every action performed by the musician requires cash.