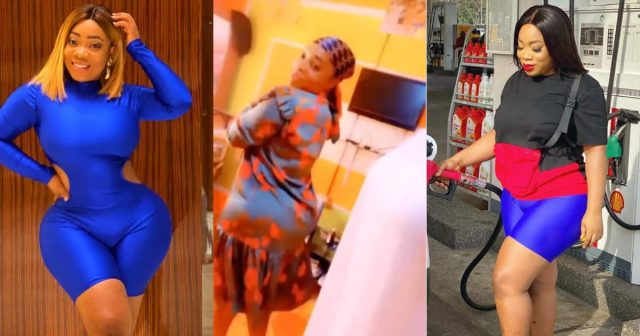 Actress and slay queen who is now born again, Moesha Boduong, has released a touching video with her spiritual mother, who claims that God has improved her shape and that the devil has been unable to harm her.

The former actress took a break from social media a few months ago after supposedly being assaulted by a spirit for witnessing something she wasn’t intended to see, but she’s OK and doing great again, thanks to God.

She announced her comeback to social media with a post a few days ago, and today she released another gorgeous video of herself with her spiritual mother, who stated that God has improved her figure and she hasn’t altered in any way.

It’s wonderful to see Moesha Boduong doing well and happy at the same time, and we’re all glad to see her enjoying her new life after accepting Christ.