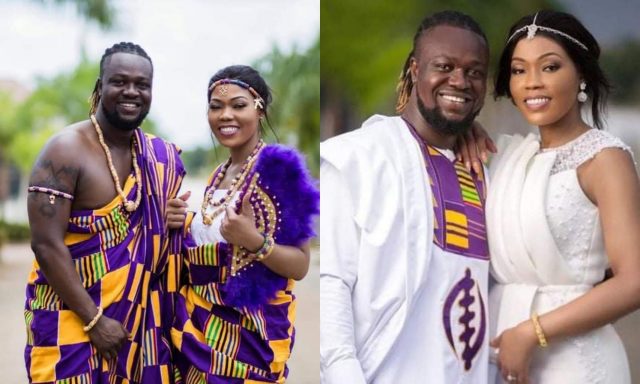 Eddie Nartey, the Ghanaian movie producer and actor, has revealed the cause of his wife’s death after two years of marriage.

Last year, it was revealed that actor Eddie Nartey had lost his wife, Vida Ohenewaah Nartey, who died in January 2021.

Eddie Nartey rushed to his Facebook page to announce the passing of his wife, sharing a photo of himself and his wife with the message,“I don’t know what to say, I don’t know what to feel. I’m just in constant pain. Rest well my Habibi. God knows Best. I pray for strength!”. The death of Eddie Nartey’s wife comes two years after their marriage.

Eddie Nartey has disclosed what killed his wife one year after she died. Eddie confessed that his wife was very unwell in an interview with MzGee, but he did not make his wife’s health status public.

“She wasn’t feeling well, and she was sick.” It was a difficult period… It wasn’t something that was widely known, and none of my friends were aware of it. I was carrying a burden on my shoulders. She was also a private person due to her illness. She was suffering from lupus, an autoimmune disease that affects the organs. He suddenly recalled how she suffered from kidney failure.