Home ENTERTAINMENT NEWS “How Can I Envy Twene Jonas, He Has Mental Problem” – Archipalago 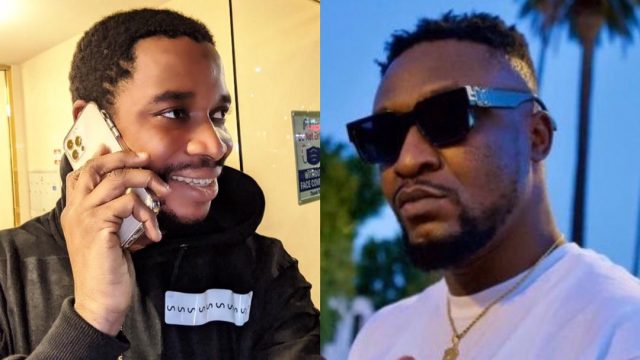 Archipalago, the US-based Ghanaian socialite and musician, has stated that he has no beef with Twene Jonas and does not envy him for the exposure and celebrity he has gained on social media as a result of his severe criticism of Ghanaian authorities.

Twene Jonas, he claims, has nothing to be envious of because most of his social media enterprises and notoriety have come without his attacking anybody on social media.

In an interview with Zionfelix, a lifestyle and celebrity writer, he remarked that he merely wants to admonish and urge Twene Jonas to be aware of his insensitive statements, particularly towards Ghanaian politicians.

READ ALSO 👉  "There's Nothing Like Heaven, No One Can Proof Me Wrong" - Archipalago

In contrast to Twene Jonas, who has only acquired resentment with his nasty statements, Archipalago, who recently entered into music, remarked that he is appreciated by people because of his lifestyle and humility.

He speculated that Twene Jonas could be suffering from a mental illness since he has been criticizing and using harsh remarks on elderly people without expressing remorse.

He said that Twene Jonas crossed the line when he attacked the Ashanti ruler, Otumfour Osei Tutu II, but it appears that his supporters have refused to bring him to order, instead hailing him to continue insulting leaders.