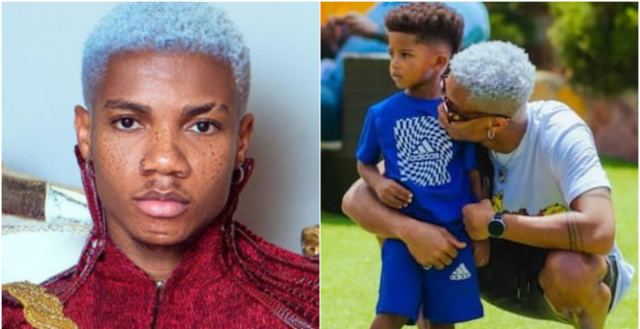 KiDi must be a pleased father after seeing this adorable video of his kid Zane speaking flawless English, which has made some admirers fall even more in love with him, while others yearn to have a child like him.

KiDi released a video of his kid Zane talking about how he got a new toy, mocking him by asking why men lie, but virtually everyone was just fascinated by how eloquent the tiny child could speak and fell in love with him.

Some others wondered where their children’s daycare instructors were taught because they couldn’t talk as eloquently as Zane did in the video, while others wished they could have a child like him.

Every father is pleased with their child’s accomplishments, and KiDi must be especially proud of his son Zane’s ability to speak English fluently and smoothly, which has caused some people to fall even more in love with him.