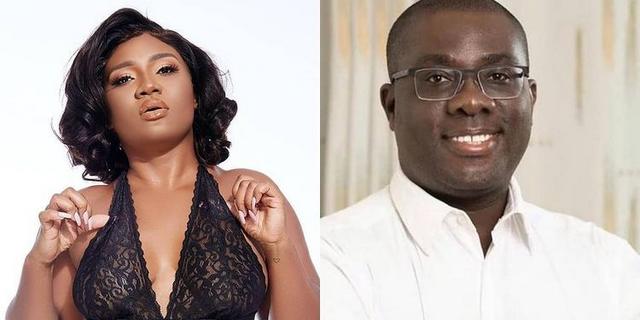 Samuel Awuku, the NPP’s National Organiser and former Deputy Communications Director, has filed a lawsuit against Abena Korkor over her recent “kiss and tell.”

Abena Korkor took to social media this morning to publish screenshots purportedly from Sammy Awuku’s lawyer informing her of the writ and the necessity for her to prepare for the next legal battle.

The mental health advocate firmly called NPP’s Sammy Awuku’s bluff after he threatened her quickly after she returned with her customary “kiss and tell” template, which has unsurprisingly gone viral.

The former TV3 Ladies Circle host and health advocate took to social media a few days ago to update the list of men who had gone through her clothes.

Sammy Awuku, who has been on the preliminary list since the beginning, appears to have sent Korkor a threatening message after the new video went public.

As a result, in a new video, a feisty Korkor lambasted him, reminding him that she isn’t afraid to die for telling the truth.