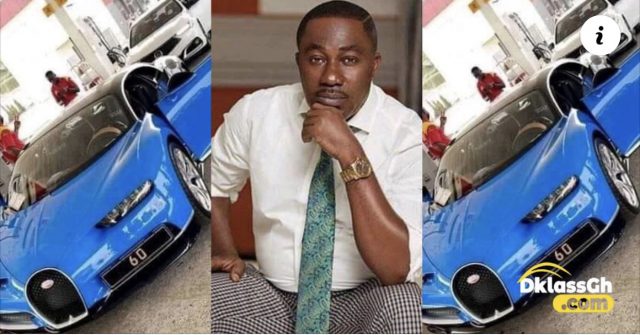 Days after having a grand birthday celebration as he turned 60yrs, the well-established Ghanaian business mogul, Dr. Osei Kwame Despite has reportedly added a Bugatti to his fleet of cars.

Over the week, Dr. Osei Kwame Despite had probably the biggest birthday celebration in the country which he made huge donations to widows and the needy in his hometown, Wiamoase in the Ashanti Region.

Amid the celebration, Dr. Osei Kwame Despite gifted two fully furnished five bedroom apartment to his two sisters in his hometown.

He also had a grand celebration at East Legon after a plush party was thrown for him by his brother, Dr. Ernest Ofori Sarpong.

Well, reports circulating within the digital space has it that the CEO of Despte Group Of Companies has acquired a Bugatti in addition to his fleet of cars.

The cost of the car is estimated at about $3 million which is the most expensive sports model with about 1500 horsepower.

See the photos below: