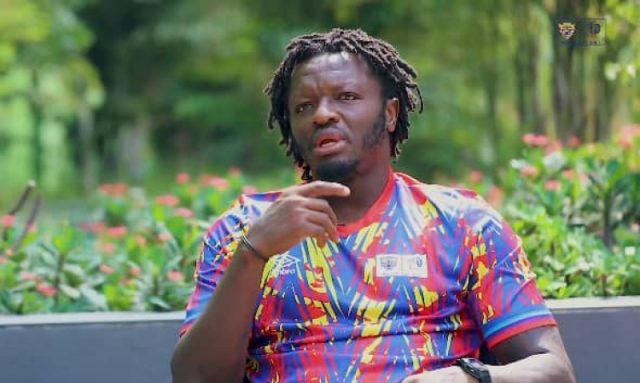 Sulley Muntari, the former Black Stars player, showed dignity by coming on as a substitute in his debut game for Accra Hearts of Oak against Accra Great Olympics.

After joining Hearts of Oak this week after a two-year hiatus, the former AC Milan and Inter Milan star revealed that his son played a part in his decision to join the Ghanaian giants.

Muntari will spend the next season with the Phobians, who are looking to defend their league championship from the previous season.

Sulley Muntari, who came out of retirement to play for Hearts of Oak in Ghana, turned down the captain’s armband when his colleague offered it to him out of respect.