Home ENTERTAINMENT NEWS “Trolls Laughing At My Voice Doesn’t Bother Me At All” – Emelia... 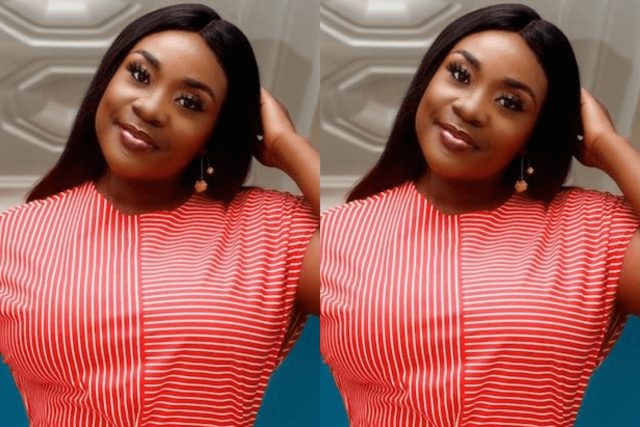 Emelia Brobbey, the famous actress who is now a musician, seemed unconcerned by the negative perceptions and trolls directed at her by certain Ghanaians.

Emelia Brobbey is one of the celebrities who has been trolled multiple times due to her songs. When Emelia Brobbey published her debut single, “Fa Me Kor,” in 2020, she went viral.

Emelia Brobbey has claimed that she is unconcerned about the criticism she has received for her songs’ bad voices. Emelia Brobbey’s song “Fame Kor” became viral when it was released. Some social media users mocked her and slammed her music.

In an interview with Amansan Krakye on the Kastle Entertainment Show, Emelia Brobbey said that she has adjusted to the internet trolls and criticism.

“People don’t troll me with their voices like they used to,” she remarked, “but I wouldn’t be surprised to see something like that.”

I’ve realized it’s not just me; they do it to a lot of people, so I’m no longer startled when people troll me with their voices. Some individuals have adopted this strategy, and I’m one of them who will work on both the terrible and positive aspects of such trolls, “she added.