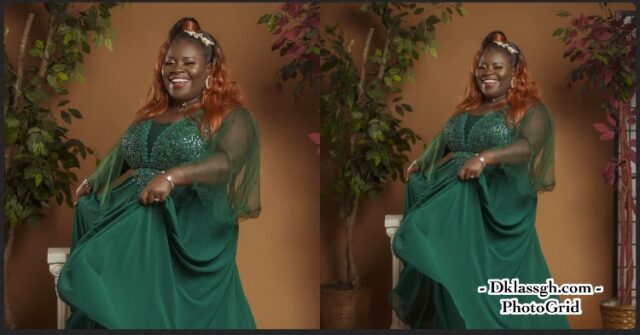 Gospel Musician, Rita Queen has placed a whopping amount of 100 US dollars each week on board to fans and the general public who sings and performs perfectly to her new single already on the playlist of many radio and television stations across the country.

In an interview, the musician detailed how one stand the chance of winning the amount every week.

According to her, it forms part of ways to show appreciation to the numerous fans across the globe especially the Africa audience who have accepted and proved possibility towards her brand.

“The process is that simple, go online and download my latest single titled MY SHIELD. Record a minute video of yourself singing or dancing and performing to the song. Tag me on FACEBOOK, TIKTOK and INSTAGRAM, my handles are Ritaqueen Music. End of every week, my team would select one person who was able to sing very well to the song.

“This is real, unlike the many that don’t show sequence of the money end of the day. I want to show appreciation to the Africa community and most especially, my fans who have over the period hold me down’’ she explained.

Rita Queen is known as Rita Nkansah on her legal documents. She hails from Akim-Oda in the Eastern Region of Ghana but makes her living in the United States, Irvington, New Jersey.

Trained as a Nurse at Oda community nursing training school, Rita Queen moved to the States in 2010.

Rita had nurtured her talent when she performed at various churches before joining the music industry some few years ago.

According to her, she is poised at preaching salvation and proclaiming the goodness of God unto humanity through Music.