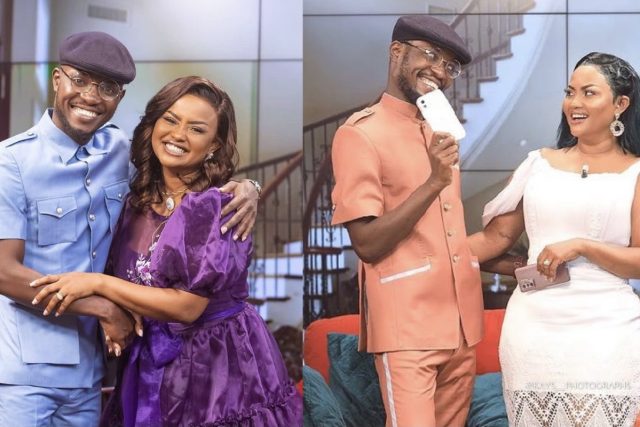 Teacher Kwadwo has chimed in on Nana Ama Mcbrown’s alleged treatment following reports that she had been suspended from anchoring the United Showbiz Show on UTV.

According to an online rumor, Nana Ama McBrown’s contract with UTV has reportedly been dissolved.

While Nana Ama McBrown has remained silent about the claims, the way Yvonne Nelson and John Dumelo are handling things currently suggests that the rumors may be true.

Nana Ama Mcbrown’s on-screen helper has finally revealed why she and Mcbrown have been absent from our screens for some time. According to Teacher Kwadwo in an interview with Fiifi Pratt on Kingdom FM, Nana Ama Mcbrown’s contract with UTV is still intact, and her brief hiatus is part of the station’s endeavor to reform how activities are performed in order to enrich and strengthen its programming.