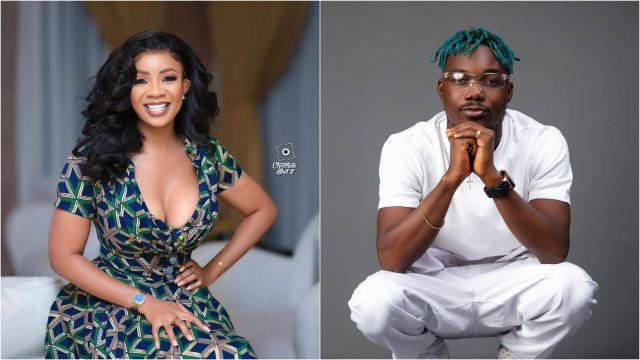 Serwaa Amihere has urged Camidoh not to spoil the song “Sugarcane” for her and other fans by attempting to include another artist in the remix he’s working on with King Promise.

Camidoh and King Promise are attempting to capitalize on the song’s current popularity and statistics by doing a remix, although it appears that he intends to include another artist in the remix.

Apart from King Promise, he tweeted asking which artist fans and music enthusiasts would want to see or hear on the remix of the song, and Serwaa Amihere seemed to dislike the notion, telling him it’s OK and that he shouldn’t damage the song.

According to Serwaa Amihere, having King Promise alone on the remix is sufficient because if he adds another artist, the song would be ruined, and we all know that a song’s remix must be better than the original.

Serwaa Amihere’s response was met with criticism from a fan who said she said it because she doesn’t want Sarkodie in the song and instead favors Stonebwoy, which we feel isn’t the case because she may have her own reasons.