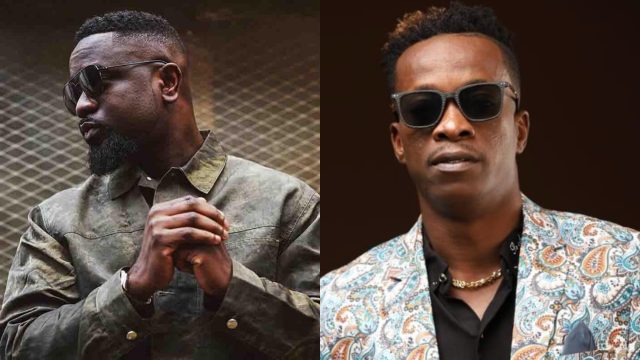 Michael Owusu Addo, better known as Sarkodie in the Ghanaian music industry, has praised KK Fosu, the famed highlife musician, for his contribution to Ghanaian music.

In a tweet, Sarkodie expressed his gratitude for KK Fosu’s contribution and devotion to Ghanaian music in a tweet, saying that he appreciates his effort and commitment to Ghanaian music by delivering Ghanaians all of the big songs throughout his era.

As he continues to show thanks for KK Fosu’s effort to make Ghana music great, he mentioned a few popular songs released by the singer, including his favorite jam recorded by the singer.

Sarkodie wrote; God bless you legend Kaakyire Kwame Fosu Aka “KK Fosu” for your contribution to Ghana music 🎵 We appreciate and ❤️ you 🙏🏿👑 Giving us timeless records like Sudwe, Anadwo yede, 6 o’clock , Number 1 ( my fav ) and more ! Live on 👑 #KKFosu