Home ENTERTAINMENT NEWS “Everyone Is Saying I F#cked Up Because Of A Decision I Made,... 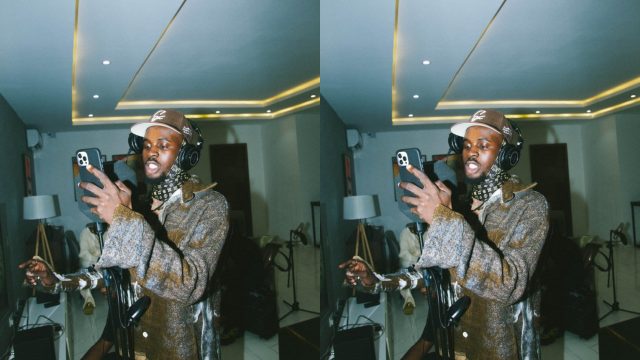 As a result of his rapid rise to popularity and notoriety, Black Sherif is sad and concerned.

The young artist was seen in a video circulating on social media lamenting how his new life has put pressure on him to do more than his strength can handle.

Since becoming renowned, Black Sherif has been heard expressing that his life is a disaster and that he has lost control of his affairs.

Blacko claims that the strain is too much for him and that he is sad as a result.

Blacko claims that the strain is too much for him and that he is sad as a result.

According to rumors, Blacko abruptly moved out of the residence his previous manager rented for him to an unknown place.

Black Sherif, who is only 18 years old, says he never expected to be renowned.

He went on to say that his songs have raised the bar so high that he is unable to reach it.

People put pressure on him to provide for them when he can’t even provide for himself, according to the young star.

He sported a depressed expression on his face.