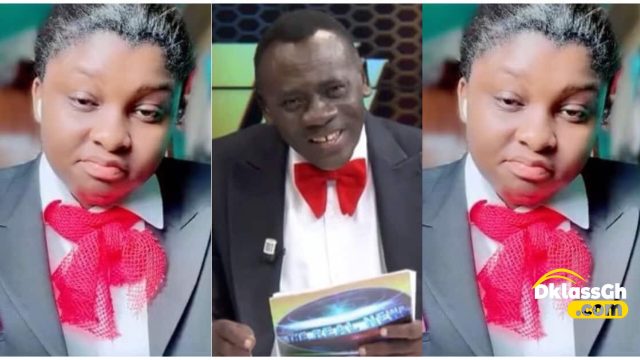 On Tik Tok, a young Ghanaian girl identified as “Achiaa Damiah” has sparked hilarity with one of her most recent videos. In the video, the lady is seen imitating star actor Akrobeto.

Akrobeto’s act is distinguished by his attire, which consists of a black suit with a white shirt and a red bow tie, as well as his loud laughter.

The Tik Toker replicated Akrobeto’s appearance by donning a black suit and white shirt in her video, which has already racked up over 192,000 views in only three days. She replaced the bow tie with a red sponge knotted in the shape of the tie, which was amusing.