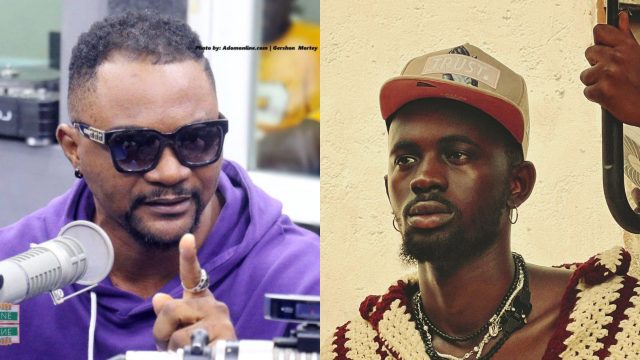 Artiste manager, Mr Logic, has called for Black Sherif and others to be punished through the cancel culture for breaching manager-artiste contracts.

Mr Logic angrily stirred emotions as he advocated that any artiste that misbehaves by breaching contracts with a manager or record label should be blocked by stakeholders. “If an artiste breaches a contract with any investor or a friend of ours, we’ve to block them. You can’t come to Andy’s show. Once I hear you are coming, I go block you. If I hear you are going to Ola’s, I will block you. That’s how we should treat them. Then they will learn that if I violate Alhaji Nero, Andy no go interview me again. Then that sticks into their mind,” he emphasized on HitzFM.

Addressing the brouhaha between Black Sherif and his estranged manager, Mr Logic pushed for disciplinary actions against the ‘Second Sermon’ hitmaker for his insubordination and ungratefulness.

Continuing on the issue, Mr Logic explained that such stringent positions are necessary to ensure that investors are not discouraged by the misdemeanour of others.

So this culture, let’s develop it. Because it will get to a time, nobody will invest because of these boys, their ungratefulness that they are showing to fellow industry players and investors. We will block all the artists that they dey bruise investors. Then you stay at home with your career in your hands.” Mr Logic concluded.