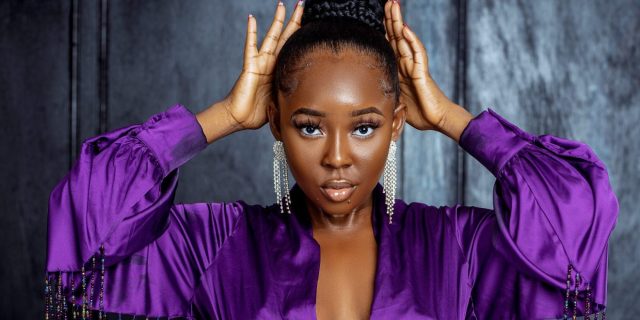 A ten (10) track project which will officially establish presence on the global music scene both in Africa and other parts of the world touches predominantly on love, affection, experiences and recounting of experiences of many.

“Bioko” is also homage to the small island city of Bioko of Equatorial Guinea, northwest of the mainland. Malabo, in the north, is the country’s capital and home to a neo-Gothic cathedral.

This album is to celebrate the diversity of the people, appreciation of creativity and the freedom to excel beyond boundaries.

Every track according to the team is uniquely created to appeal to emotions, tell a story and also showcase the artiste’s creativity  she has gained over the years. Date for the release is not out yet but will certainly be in stores worldwide for streaming and downloads.

Vanilla karr currently trades her career indecently under the supervision of Digishare Africa. In 2020 she released ‘Here for you’ and topped it up with ‘Contigo’ featuring Kiko Goldenboy from Togo.

Watch the videos below and be on the lookout for Vanilla’ s new album, ‘Bioko’