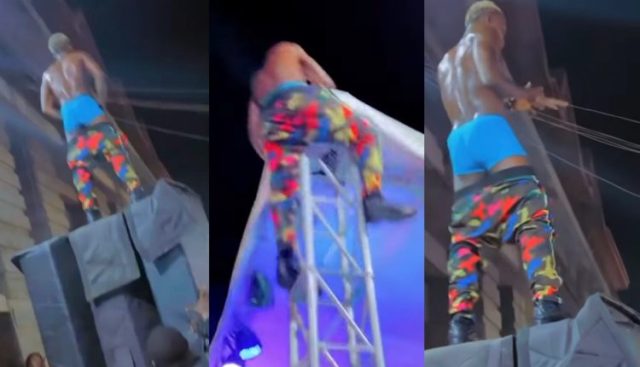 Portable, the fast-rising Nigerian singer, has once again done the inconceivable, something that only Shatta Wale, Ghana’s dancehall musician, can be proud of.

Portable has been involved in controversies since his debut in the music industry, and he’s at it again.

Portable went virtually n*de by pulling off his trousers and leaving him in boxer shorts while playing at a function.

More clear footage demonstrates that the singer was in such a high-energy mood that he even went so far as to mount a towering scaffold during his performance.