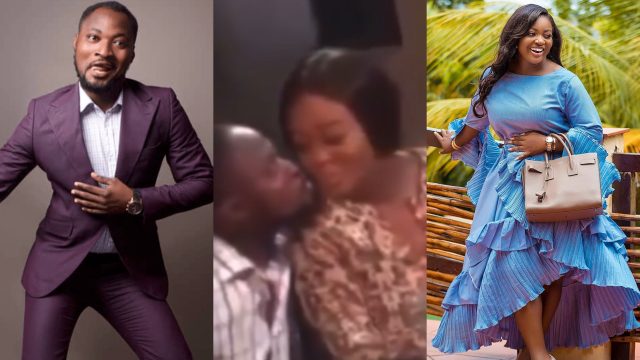 Fans can’t get enough of a video of Funny Face, the comedic Ghanaian actor, and Jackie Appiah kissing on the internet.

It was a scene from a film in which the two pretended to be lovers or something like that.

On a huge dinner table with others, Funny Face and Jackie are photographed.

He halted and kissed Jackie, who was seated on his left, after talking for a bit.

After his kiss, Funny Face lost his line and became perplexed, which made him and the others present chuckle.