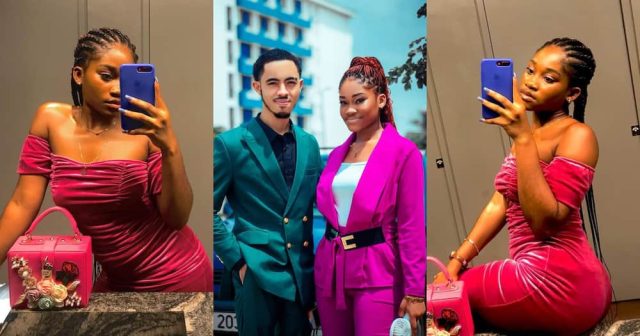 One of twin sons of controversial self acclaimed Queen of comedy, Afia Schwarzenegger, James Ian, who was rumoured to be dating a young lady named Naa Koshie, has confirmed that she ended things with him.

According to Ian who has engaging his fans in a conversation, he is no longer with Naa Koshie and it’s because she decided to end things with him.

Recall that sometime last year, Afia Schwarzenegger came out to state emphatically that she was never going to allow any broke girl date her sons.

This was after photos of Ian and Naa surfaced online. Afia went ahead to add that she suffered and spent lots of money to raise her children and was not going to allow a girl from a poor background ruin that for her.

This made Naa Koshie upset to the extent that James Ian Herdergeen had to go her hostel to console her. Well, it seems the young lady is tired of being looked down upon as she has decided to end things with Ian once and for all.