Home ENTERTAINMENT NEWS Side chicks are part of marriage; God has endorsed them – Rev.... 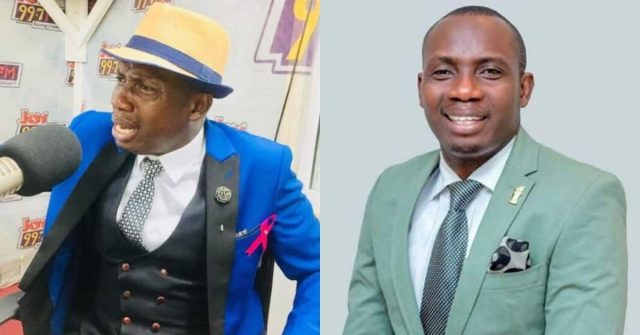 According to marriage counsellor Rev. George Lutterodt, mistresses are part of God’s grand scheme for successful marriages. He disclosed that God blesses side chicks, and therefore no curse from an embittered wife would work against another woman.

Counsellor Lutterodt made this shocking revelation on TV3 NewDay whilst discussing boundaries in marriage with Berla Mundi and Cookie Tee. He referenced the Bible as proof that God blesses men with more women (wives). He mentioned King David’s son Solomon as a man after God’s own heart who built a holy temple with his large entourage of wives, mistresses and concubines.

“The Bible says that God brought a man on earth called David. When David came he was so blessed to the extent that God wanted him to build a church for him. Unfortunately, when he saw Uriah’s wife bathing, he saw it, loved after it and went for it. He didn’t use the right process to add the girl. He killed. God said, ‘Why did you do that so you will not be able to build a temple’. Then he had a son called Solomon. So Solomon builds a temple for God with how many wives and how many side chicks?

“When God is in your business, he blesses you with more women. Those of us who are married to only two wives are suffering. A man who marries more than one will never die a premature death.”

Speaking to the issue of quarrels and unrest from jealousy and rivalry amongst wives, Counsellor Lutterodt dismissed those concerns. He emphasised that women love competition and that having co-wives is not a problem.