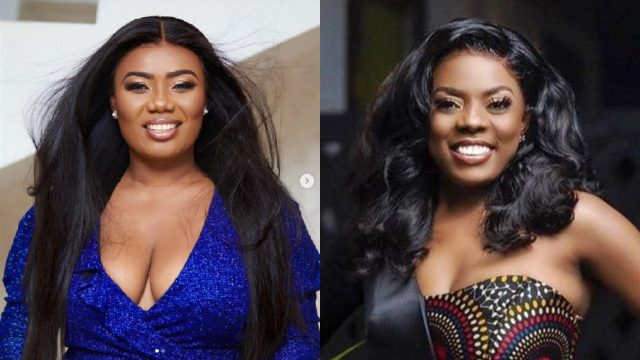 Ace Ghanaian broadcaster, Nana Aba Anamoah, mocked her friend, Bridget Otoo, as she revealed that semen is her secret to preventing tooth decay, implying that she has been taking semen to keep her teeth from deteriorating.

Nana Aba Anamoah, in response to a post stating that semen contains zinc and calcium, all of which have been shown to prevent tooth decay, stated that it’s no surprise that Bridget Otoo’s teeth have never decayed since she’s been using it.

This post also implies that Bridget Otoo is sexually active and that her secret to keeping her teeth from decaying is the use of semen, which she most likely utilizes after intercourse, although she has never shared how she does it.