Home ENTERTAINMENT NEWS “Shatta Wale Has The Worse Song In The History Of Ghana Music”... 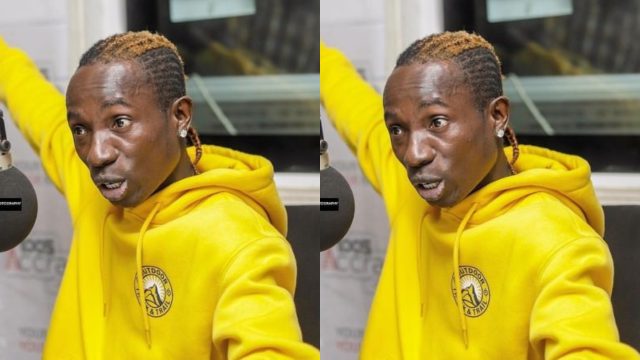 Patapaa, speaking with Amansan Krakye on his birthday, March 1, 2022, described Shatta Wale’s song as “the most nonsensical song in Ghanaian music history.”

“We’re in Ghana, and someone like Shatta Wale did a song stating wo maame tw3,” he said, “but have I done a song like that before?”

However, they argue that such a person likes to sing rational songs and that red denotes halt, yellow denotes get ready, and green denotes go, which is nonsense, “he fumed on Kastle FM.

“Sorry for using such terms on the radio,” he said, “but I simply want people to know that they are trying to pull me down, but they can’t.”

Patapaa has lately spoken out against certain Ghanaian musicians who he claims are damaging his image by exploiting his name in a disrespectful manner.