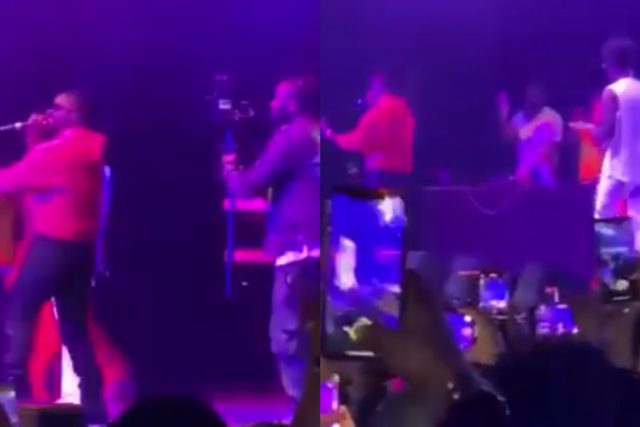 Sarkodie, the multi-award-winning Ghanaian rapper, made a surprise visit to the O2 Indigo to perform with Lynx Entertainment signees Kidi and Kuami Eugene.

The two talents made their debut appearance at the O2 in the Indigo yesterday, March 6th, 2022, to wow their following in the United Kingdom with fantastic performances of some of their favorite songs.

The two Lynx Entertainment-signed performers headlined their first show at the O2 in Indigo, and they certainly shocked their fans across the world by delivering on their promise by dazzling their audience with incredible performances.

As captured in a viral video, The SarkCess Music Boss, Sarkodie, also made an astonished appearance on stage to perform with the two singers.

READ ALSO 👉  “Women Are The Backbone Of Society, I Love And Appreciate Them”- Kidi