Home ENTERTAINMENT NEWS “I Carried Shatta Wale For 13 Months, 9 Days In My Belly”... 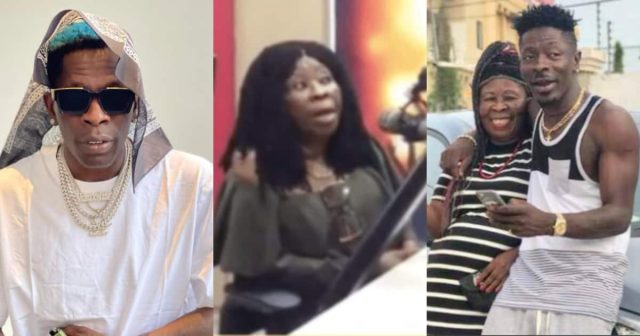 Given this, she claims she is baffled as to why her son has neglected her, despite the fact that she has been expelled from her East Legon house and is now destitute. The angry woman, among other things, stated:

“I am Shatta’s mother. I had him in the police hospital and went through a lot of pain. I went into labor after 13 months and 9 days. My medical bills were paid. I paid for him to get circumcised.

I was the only one who cared for my child until he was old enough to care for himself. When he was Bandana, I was his supporter. Even though he couldn’t compose music for almost a decade, I remained his supporter. It was all down to me. This youngster is a product of my womb.

I took care of him so that he could become Shatta Wale. Shatta Wale, who promised to do everything for me, didn’t even bring me to Kaneshie.

“Ghanaians, I am really hungry.” I’m starving. Stop claiming that this is all a ruse.

What’s the big deal? What kind of hype do I need at my age? For a long time, I’ve kept secrets from you. I simply haven’t been speaking. Everything I own has been taken away from me. I’m going to tell you the truth. Should I return to sleeping on the streets at my age? Do you like sleeping on buses? I used to sleep on his bus, and if things are better now, shouldn’t he look after me? “

Shatta Mama also warned her son not to pressurize her into speaking negatively about him. She alluded to her role as his mother and the ramifications of such statements. “Gha’s people”

Assist me in warning Shatta. I’ve remained completely silent during all he’s done. But this time, I’m going to say something. I’m going to say everything. Take a look at Shatta’s treatment of me, his mother. If he has witnessed someone doing what he is doing to me since he arrived on Earth, he should continue. However, if this is not the case, the elders should counsel him on his actions. He shouldn’t make me say anything. “