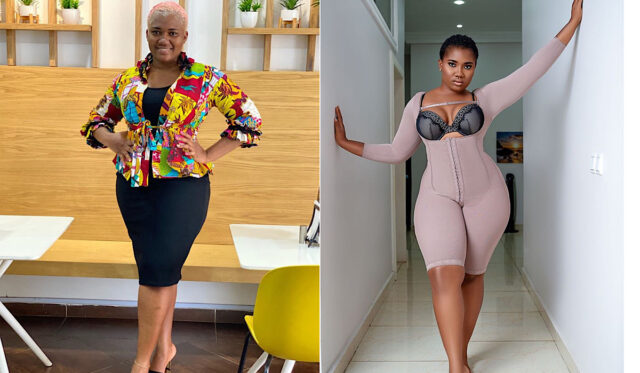 Abena Korkor has said that when she was a university student, she liked black, heavy, and tall males, but that she now has a new choice.

Abena Korkor recently came out on social media with a long list of individuals who have taken advantage of her naivety in order to have a taste of her honey pot. She mentioned a few well-known figures in the media who she said took advantage of her.

She mentioned Kojo Yankson, Lexis Bill, Eugene Osafo Nkansah, Abeiku Santana, Sammy Awuku, and other well-known figures among those she mentioned. Her outburst on social media was seen as an indication of bipolar disorder, prompting her to seek medical help.

READ ALSO 👉  I Don't Lie On Social Media, All The People I Mentioned Have Slεpt With Me - Abena Korkor Reveals

In an interview with Adom FM, Abena Korkor revealed that she used to be interested in tall and dark males, but that her preferences have altered as a result of her previous relationships.

She added that most females are infatuated with the idea that some of them have huge d!cks to satisfy their sexual cravings, but you’d be astonished to learn that most thick-headed guys lack some of the attributes that women look for in a man.

Abena Korkor, on the other hand, disclosed that she now has a new preference when it comes to males, and that she is only searching for guys who are advanced in education and intelligence, as well as those who are highly God-fearing.