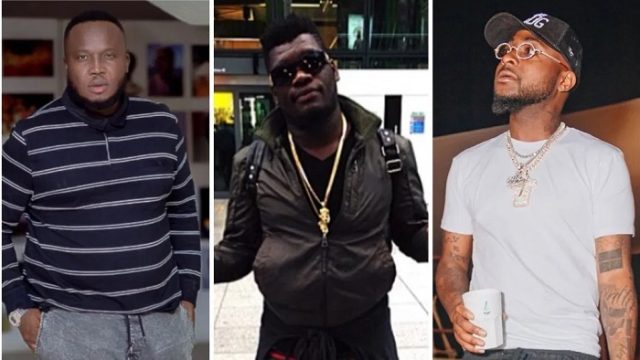 Most Ghanaians especially the gurus in the music Industry have a strong believe that missing Castro isn’t dead and he will surely come back.

Notably is, Akoo Nana, Funny face and the latest to have joined the queue is award winning record producer, Kaywabeatz.

Kaywa has shared a photo of him Davido and Castro a situation which seems the picture was taken in the studios of Kaywa.

According to Kaywa, the yet to be release song has been one of biggest records he has ever produced.

He also added that the yet to be release hit is still breathing on his machine as he asked for when it would be dropped.

He captioned the photo;

“I remember vividly this day , one of the BIGGEST records I’ve ever produced @castrounderfire and @davidoofficial. Guys, this hit is still breathing on my machine mixed and mastered, when are we dropping it ?”

Castro was reported missing in July 2014.

He was last seen jet skiing in Ada with lady identified as Janet Bandu. Both have since not been seen either dead or alive and yet to be declared dead officially.